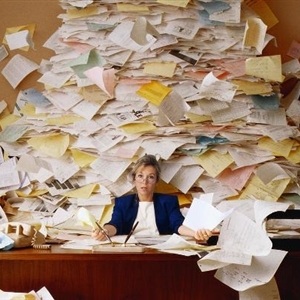 This morning I came across an interesting article.

The article, shares testimony given by the fraud unit of the Louisiana state police. The testimony said:

Why did the state police choose not to assign these cases to their investigators?

Referrals are chosen based on whether police have enough information and people to fully investigate a claim in a reasonable amount of time, Lt. Michael Wilkerson said. He said 25 LSP investigators handle about 12 to 16 cases per year.

So let me make sure I got the order of operations correct.

How do they decide which to pursue?

“We do not have the manpower to feasibly work on all of these investigations,” he said, explaining they prioritize cases that are relatively easy to prove over the ones that would take more time and effort.

So what does this mean?

It means that there are thousands of fraud cases flowing through the system that go unchallenged because they are not easy to prove or not worth the effort.

Sometimes, even when it is a slam-dunk, a state will not pursue a case. At my previous company we actually had a signed confession and a state (the state was not Louisiana, it was Florida) still refused to prosecute. This crime, a staged accident with $20K in PIP bills, was apparently too small for that state to commit the resources to bring the perpetrators to justice.

What should insurance companies do?

I concluded that the only reasonable thing to do is to have software combing through incoming claims data that identify fraud rings prior to the claims team making some of their payments. These fraud rings are very sophisticated, and make their crimes hard to prove, but with statistics you can see when a ring is attacking an insurance company.

When you identify the entire ring and withhold payment on incoming claims until an investigation has occurred, you change the story. You put the fraudsters on defensive. When they realize that you are investigating multiple of their claims, they often simply stop pursuing their remaining claims and look for an easier target. These people are sophisticated and do not want to be caught. When they see you are not a soft target, they move on.

Here is the article on the Louisiana testimony.

You can visit us on the web at fraudspotters.com