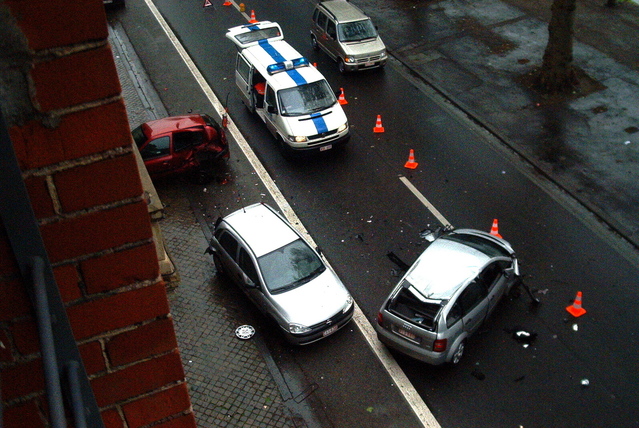 Staged accidents are typically preplanned by criminal organizations. In advance of the staged accidents, they have set up their method to benefit from the “accident”; which typically is through fake medical treatment but also can be through fake auto-body work or large third party judgments.

We have seen medical clinics be formed explicitly to be used by these criminal organizations to provide medical “treatment.” We have also seen where “runners”, who already were chasing down accident victims via police radio, resort to fabricating their own accidents.

How it goes down

There are multiple ways a staged accident can occur.

For example, in New Orleans, where third-party auto insurance is involved, the perpetuators would purposely slam their vehicle into eighteen wheel semi trucks. They were so expert at it, they could do it without really hurting themselves, but making massive third-party claims against insurance carriers.

On the other hand, in Florida, where no-fault auto insurance is involved, typically two cars purposely “crash” into each other. The M.O. is to crash near a stop sign in a residential area where there are no other witnesses; call the policy; give a fake report to the police, and then go to the fake medical clinic. This is the type of fraud we contemplated when we selected the stock photo above. In this scenario, the claimants have purposely waited for the police because they believe a police report may make their claim get through an insurance carrier’s screening process.

We have proprietary algorithms that are constantly sifting through your data. We have calibrated these algorithms to detect patterns in accidents, especially in regards to their treating clinics and/or auto-body providers, which detect when a series of accidents occur which very likely were not caused by chance. As soon as this becomes apparent, these claims are flagged and immediately given as leads to an SIU department.

Examples in the news